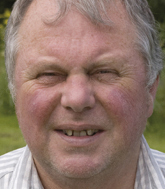 Mark Finn lives on the Black Isle in Scotland and is the principal leader of Birdwatching Breaks, having formed the company in May 1987. In 2005, Mark set up Black Isle Birding for tours based in Scotland. Mark originally trained in hotel management and catering before pursuing careers in the Merchant Navy, industrial catering and, finally, as a sales representative. He has travelled widely in search of birds both whilst leading trips and on reconnaissance trips for future tours. His travels have taken him to a wide variety of destinations around the world. Mark is also a member of the Scottish Ornithologists’ Club. In between leading tours, Mark deals with the administration work of Birdwatching Breaks. He has a keen interest in sport, particularly cricket and soccer, and enjoys wine and good food. 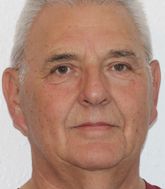 Phil Beraet lives in Ramsgate, Kent. He is a very experienced birder with excellent knowledge of his home county of Kent and neighbouring Sussex. After working in the civil service for several years he then became involved at Dungeness RSPB reserve and the nearby bird observatory. In his spare time Phil visits Sandwich Bay Bird Observatory where he helps out with survey work and the ringing of migratory birds. Phil has an easy-going nature and a wealth of knowledge regarding all things natural and is thus a welcome addition to the team. 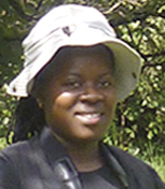 Harriet Kemishiga lives in Kampala, Uganda. She is Uganda’s only female bird guide and one of the directors of Harrier Tours. Her passion for wildlife and birds started when she was a little girl growing up with her grandfather at the edge of Kibale National Park.  Harriet has guided countless birding trips in Uganda and Rwanda since 2003. She also works for the avian vocalisation centre, specialising in capturing the sounds of rare species which have not been previously recorded for science. Harriet is one of the best birding guides in Africa today, with an incredible knowledge of birds and bird sounds within her native Uganda. 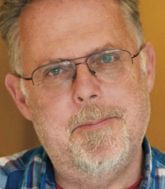 Kent Ove Hvass lives and works in Skovde in central Sweden. For many years he has worked in education, however his main passion is for the birds that reside on and around Lake Hornborga, where he spents much of his time studying owls, woodpeckers and the annual migration of cranes. 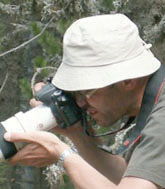 Assen Ignatov is one of the most experienced birdwatching and wildlife guides in Bulgaria. He has an MSc in Biology from the University of Sofia and currently works at the National Natural History Museum. Assen is an excellent wildlife artist with many painting and drawings published in books, calendars and elsewhere. He leads birdwatching, wildlife, butterfly and photography tours. 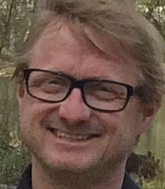 Anders Faugstad Mæland lives in central Norway and has been a birder from a young age. Anders has established himself as a professional guide in Norway and taken part in a wide variety of ornithological surveys and biodiversity projects. He was the main ringer and migration counter at Jomfruland bird observatory from 1997–2011 before setting up Birdwatching Norway. Anders has an intimate knowledge of his native Norway and its abundant wildlife, especially in the far north of the country. 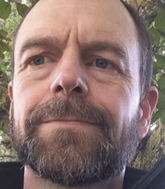 Simon MacLaughlin lives near Inverness in the Scottish Highlands and is currently a warden for the RSPB. He has worked in conservation for many years and has a vast knowledge of forestry and the wildlife than occurs within it. Simon has a passion for birds and is exceptionally good with people, conveying his enthusiasm for wildlife. He is a welcome addition to the Birdwatching Breaks team. 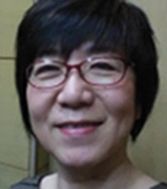 Kiwako Minami lives in Sapporo on Hokkaido, the most northerly of the main Japanese islands. Kiwa, as she is fondly known, is just starting out on her birding career. Among her many strengths are her outstanding understanding of the English language and the humour associated with it. Kiwa is an essential part of our Japan tours, making sure that everything runs to perfection and ensuring guests gain a fascinating insight into Japanese life. 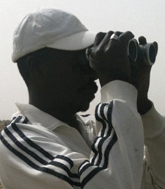 Ass Ndiaye lives in Dakar, Senegal. He has worked with Birdwatching Breaks since we initiated tours to Senegal in the mid-1990s. Ass is a skilled birder with a happy knack of locating unusual birds; he has a particularly good eye for raptors and owls. Ass lives with his wife and young son and is an avid follower of football, particularly the English Premier League. 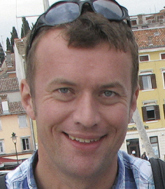 Simon Papps lives in Waltham Abbey, Essex. Simon is a vastly experienced birder having travelled to more than 50 countries in pursuit of birds. He was formerly sub-editor at Birdwatch magazine, the highly respected monthly publication for birders. Currently, he works as publisher for natural history books at New Holland Publishers based in London. Away from birding, Simon enjoys all sports, but particularly kayaking, running, mountain biking and football.